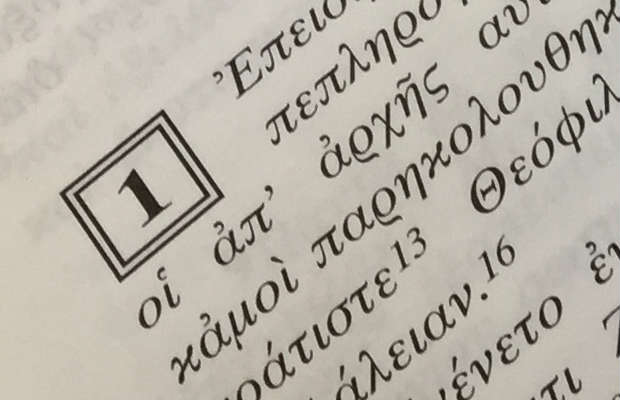 Today the Word of God can be read in many media formats.  Scripture is readily available on phones, tablets, websites, Bible software, and of course, the old-fashion way, paper bounded in a leather cover.  We are fortunate to have access to scripture in so many ways.  There are over 50 Bible translations available to the English speaking world.  It can be an overwhelming task to select a translation.  Here is a brief background on Bible translations.

Before the mid-1900s, there was only one translation philosophy, called “formal 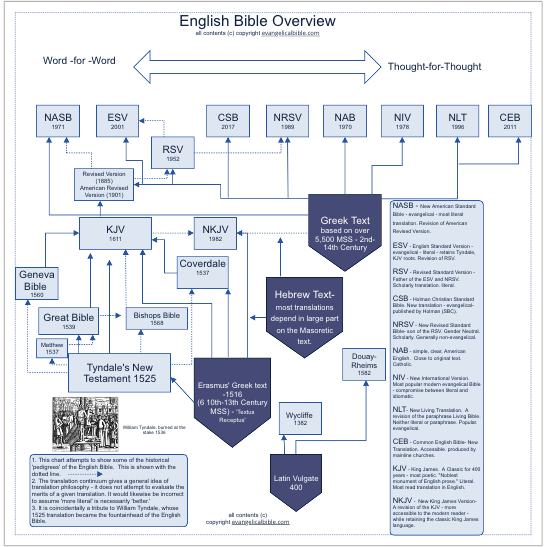 equivalence.”  This method was a “word-to-word” translation that placed an emphasis to make the original language transparent to the reader to the extent that the English language would allow.  This philosophy was not used to preserve ancient English words, rather, to translate the original biblical languages as close as possible to modern day equivalents.  This is why some modern day translations, such as the New American Standard (original translation in 1971, revised in 1995) and the English Standard Version (original translation in 2001, revised in 2016) have had minor revisions.

By the mid-1900s, another translation philosophy emerged called the “dynamic equivalence.”  This methodology, also known as “thought-to-thought”, tends to focus on translating the meaning of sentences, phrases and thoughts, and places less emphasis on word-to-word equivalence.

One translation that employed both methodologies is the New International Version (NIV). The NIV was first published in 1978 with the goal of being a more modern English translation than the KJV.  Translators used both the formal and dynamic equivalent methodologies.

At Grace Church, we highly value “word-to-word” translations for the following reasons:

We encourage our members of Grace Church, as well as all Christians, to seek out a quality “word-to-word” translation for daily reading, study, and meditation of God’s Word.  The New American Standard Bible (NASB), English Standard Version (ESV),  King James Version (KJV), and the New King James Version (NKJV) are excellent formal equivalent translations.  Another good translation, though not strictly “word-to-word,” is the Holman Christian Standard Bible (HCSB).  The translators of the HCSB used a methodology called Optimal Equivalence, which balances modern English language readability with linguistic precision to the original languages.  Many conservative scholars and pastors endorse this translation and use it for preaching and teaching.

As believers, we need to have confidence in God’s Word and that includes the translations that we use.  It is through God’s Word that we receive faith, hope, wisdom and edification.  May we strive to not only be hearers of the Word, but doers as well.

The grass withers, the flower fades,
but the word of our God will stand forever.

Join us Sunday at